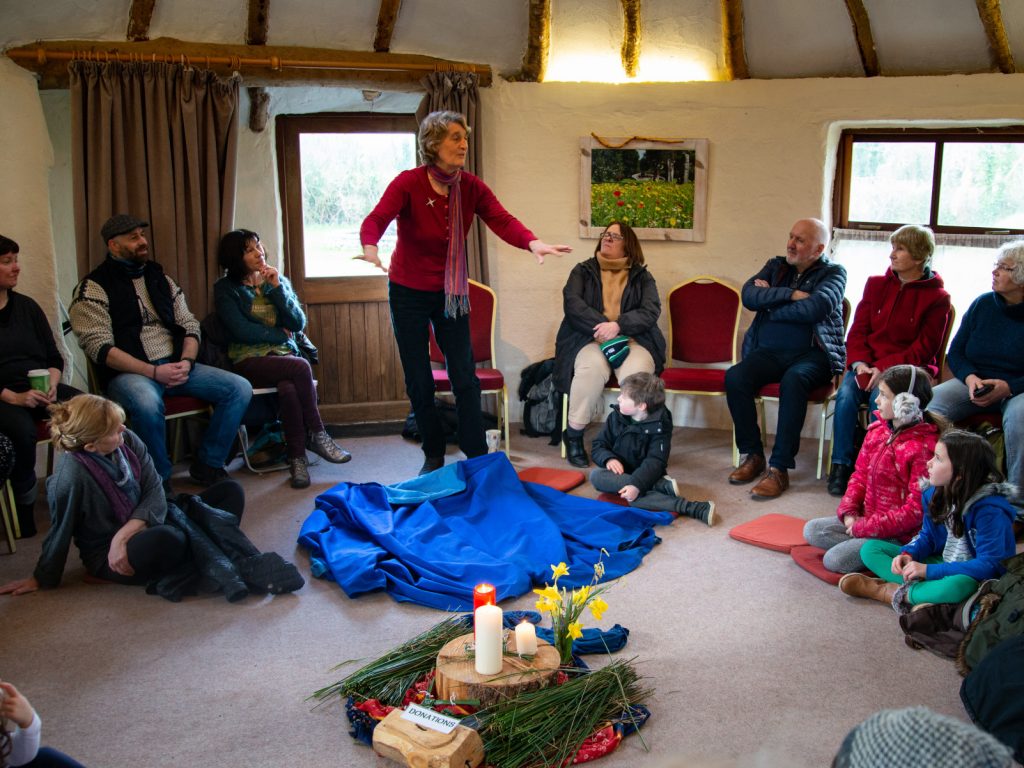 The name Brigit means ‘Exalted One’. The name refers both to St Brigit, the powerful 6th century abbess of Kildare, and the pre-Christian Brigit, goddess for many Celtic peoples across Europe. Many of the stories associated with St Brigit are clearly pre-Christian in origin, so the two Brigit’s are inextricably linked.

The figure of Brigit embodies the Celtic wisdom of the natural world, wisdom that is relevant today as we struggle to find ways of living sustainably on the earth. Brigit was closely connected with the elements of fire, water, earth and air. She is often represented in a triple form as three sisters or three related deities. In Irish tradition she was patron of poetry and craftwork, and as midwife and nurturer she underpins the seasonal cycle and the human life cycle.


Some Customs Associated with Brigit:

There are many customs connected with Brigit, such as leaving a piece of cloth out doors from sunset to sunrise on the eve of Imbolc (Brigit’s Day) to imbue it with protective and curative powers. This was known as ‘brat Bhríde‘ (meaning Brigit’s mantle or cloak) and was kept in the house for the following year. It was often used for healing sick animals (and people) by laying it upon the patient.

Brigit’s Crosses were traditionally made on Brigit’s Eve. Brigit’s cross is either a three-legged or four-legged cross which has been identified as having its roots as an ancient solar symbol pre-dating Christianity. Traditionally the rushes were picked by hand, not cut, on 31st January. They were blessed and the crosses were made in a sun-wise direction, from left to right. They were sometimes placed in the eaves of thatched roofs, in the cattle-byre or by the hearth to bring good luck and prosperity for the coming year.

The Brideóg was a small doll representing Brigit. It was fashioned from rushes or oats and wrapped with a colourful cloak of cloth. The Brideóg was carried by a girl chosen to symbolise Brigit. The maiden would dress in white and wear a crown of rushes and carry a Brigit’s Cross. It was also customary in many parts of Ireland for groups of young girls, who were sometimes disguised or clad in white, to go from house to house with the Brideóg singing and dancing. The householders would give the girls a gift for Brigit, often eggs or bread.

See our upcoming events – Celebrating Brigit and the coming of spring 2023.